By adminnmsi | Giving Back, Press | No Comments

NMS Infrastructure and GENELEC Support Services partnered  withStarr 103.5FM to donate to victims of last two week’s twin disaster at the 37 Military Hospital.  Floods hit the national capital Accra amidst a fuel station explosion that killed over 150 people, leaving several others with life-threatening injuries in various hospitals across Accra.

NMS Infrastructure and GENELEC partnered AMS and Sons, Zenith Hygiene Systems, Aqua Fina and Starr FM to donate medical supplies and relevant assorted items worth tens of thousands of Cedis to support survivors of the twin disaster at the hospital.

The acting Commanding Officer for the 37 Military Hospital, Colonel Yeboah Agyapong thanked the group for their benevolence.  He told Starr News the hospital “would like to thank GENELEC and NMS Infrastructure for their donation. The things that they donated are the ones that we need the most. We want to assure them that their effort won’t be in vain.” 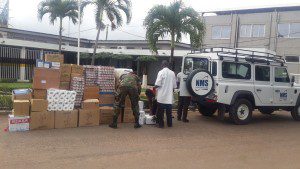 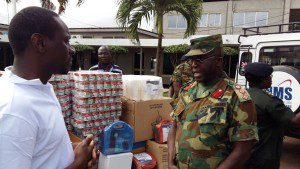 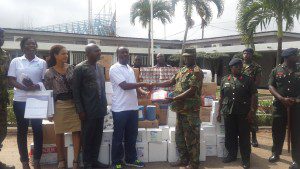 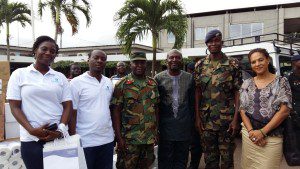 A group of 30+ representatives from a variety of media stations were given access to the Dodowa District Hospital site, as completion draws ever nearer.  The programme director, as well as the site construction manager (both pictured below), were at hand to answer any questions that the media had.  The successful event produced numerous positive reports, with nearly half of those that made it onto local stations presented in “AKAN”, a popular dialect with the locals. 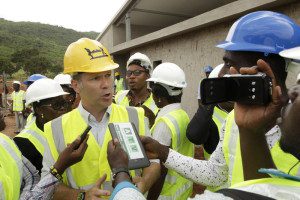 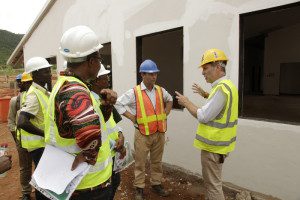 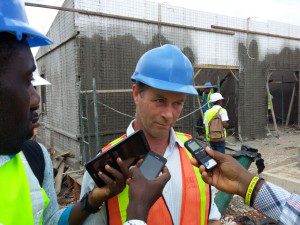 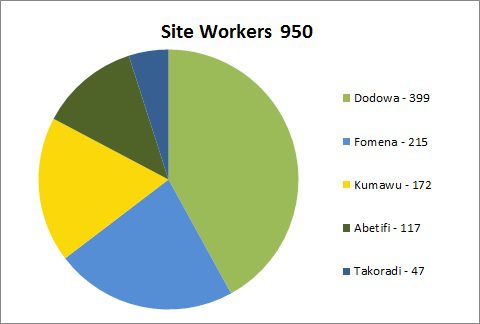 There is now a skilled workforce of 950 labourers, managers, carpenters, masons, engineers on 5 active hospital sites across Ghana.  The workforce is in the majority made up of Ghanaians, with almost 75% of those employed from within the local communities, to where the sites are based.

Dodowa Hospital Generators on their way to Ghana.

2 Generators for the Dodowa District Hospital set sail today for Ghana, as completion on the first site draws ever nearer… 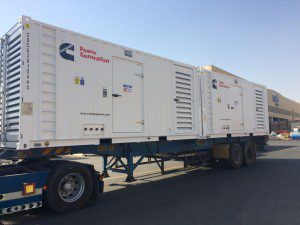 Fire Training for workers at the Fomena District Hospital Site

As part of construction site requirements and our push to increase the level and standards of Health and Safety Training across the whole project, here we have the Fomena District Hospital site workers going through a successful Fire Training Session. 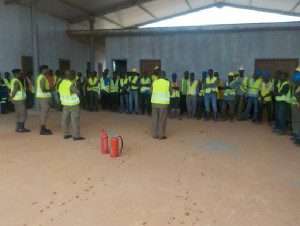 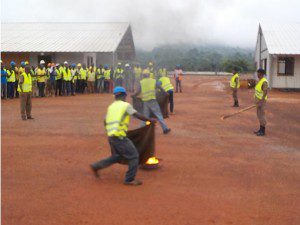 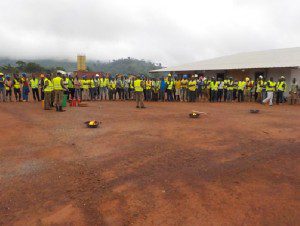 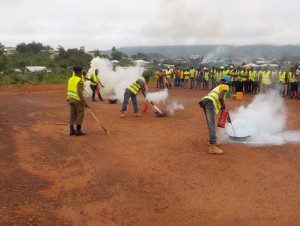 As we get ever closer to the Dodowa District Hospital completion, one of the final pieces of the puzzle to set off from the UK is the HUGE Waste Water Treatment Unit.  This is now on route to Ghana with our logistics team planning its route to site, so this enormous equipment can be installed safely. 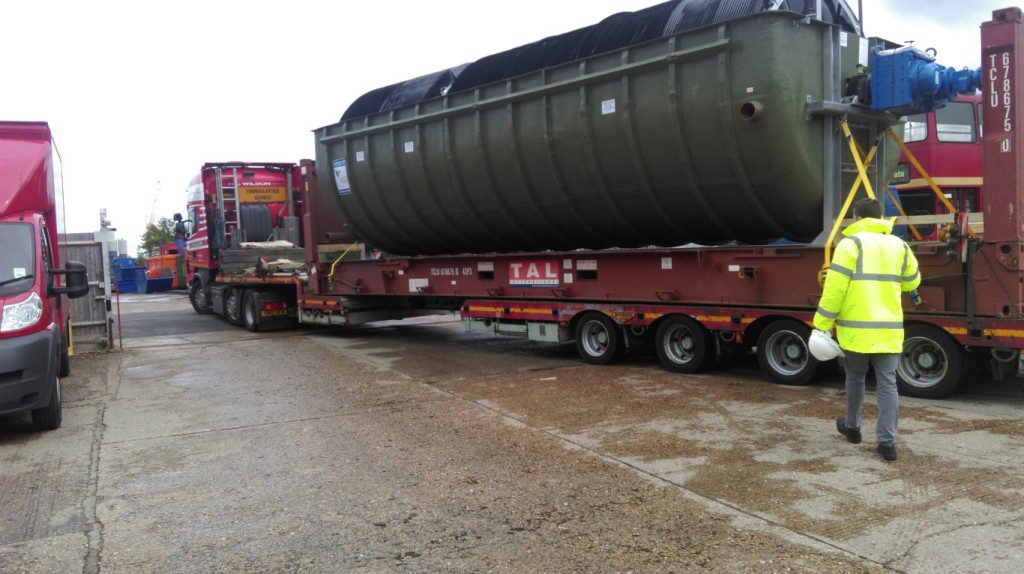 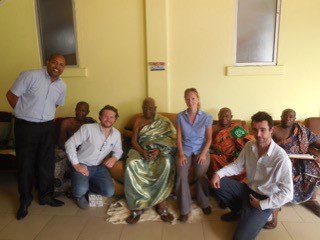 By adminnmsi | Uncategorized | No Comments

Last week NMS staff met with Jamestown chiefs and Fisherman’s council to work towards finalising collaborative plans for the building of the new Noyaa school building.  After being blessed by the chiefs NMS spoke about our work in Ghana and the work we do with charities in the country.  Architects introduced the build concept and drawings.  The Jamestown community accepted the plan and are now looking at solutions for location of the building and land usage.  Plans continue to come together as NMS looks to have the new building in place for the summer term.

Progress at the Fomena site is rolling out.  In the residential buildings, which are completely built externally, plumbing work is underway as well as plastering and spraying of walls.  Roofing and internal ceiling work is complete and the electrical installation is well underway. The main clinical building has had 100% of the formwork for slab completed along with a full installation of ducting.  In the Traditional Medicine building, doors and windows are fitted and painting is nearly complete. 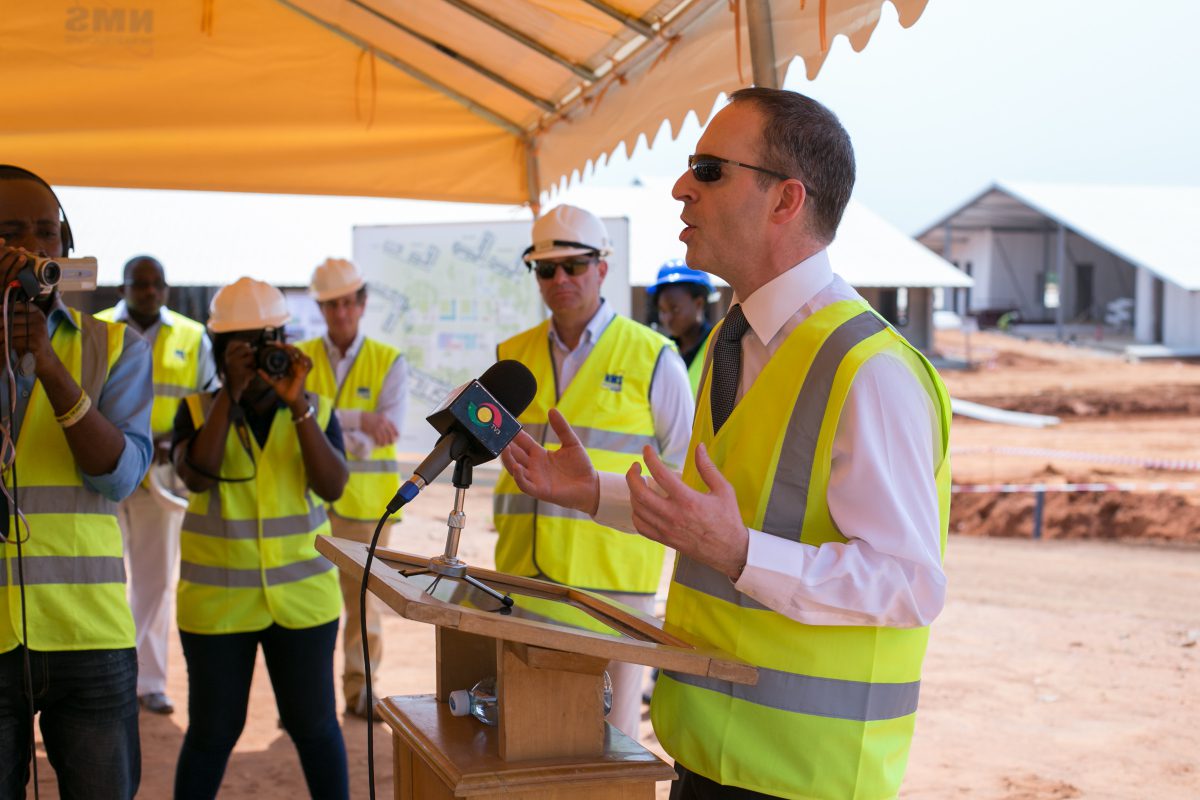 By adminnmsi | Progress | No Comments

February saw the Ghana Hospitals project selected for its significance for inclusion in the agenda of a visit from a delegation of the UK Ministry of Trade and Investment.  Over 100 people toured the fast-moving Dodowa hospital site led by the UK Minister for Trade and Investment, Lord Livingston accompanied by the British High Commissioner and Ghanaian Representatives, the Hon. Minister for the Presidency, the Hon. Deputy Minister of Health and the Shai-Osudoku District Chief Executive. 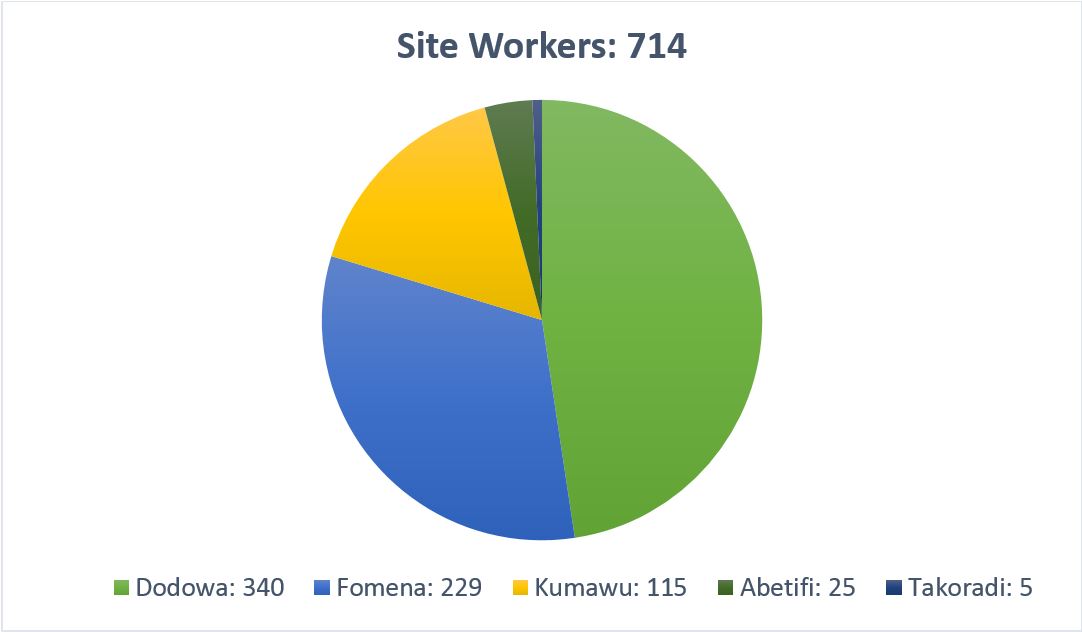 As of April 2015 there is a skilled workforce of over 700 labourers, managers, carpenters, masons, engineers on 5 active hospital sites across Ghana.  The workforce is in the majority made up of Ghanaians, as we keep our commitment to bolstering local economies and using local staff wherever possible.  Over 90% of those working on the project are Ghanaian nationals.  The size of the crew demonstrates the growing speed of the project, as over the last 3 months from January, it has increased by over 200%.